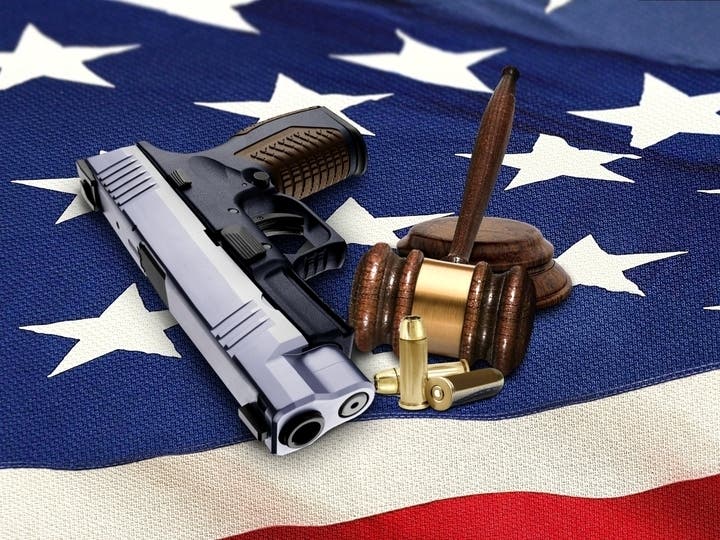 The Connecticut Citizens Defense League has filed an emergency motion in Federal Court seeking an immediate status conference in its lawsuit against Gov. Ned Lamont and Department of Emergency Services and Public Protection Commissioner James Rovella.

The Southbury-based gun advocacy group first filed their suit two months into the pandemic. State law requires that local law enforcement obtain a record of the fingerprints of a resident before granting a permit to purchase a firearm or ammunition. CCDL accused the state of interfering with that process.

Read more at the source

Do You Need a CT Guard Card to Obtain a CT Blue Card?

Just thought you’d want to know, I started my first week at Securitas. The pay is great and I’m very happy! Your class changed my life. Thank you so much! M. Ingram

Thanks to you for a great class for my son, Aart VanWilgen, who took it with you years ago. He got the guard card, got a job immediately at Allied Barton Security, worked with them for 4 yrs and eventually got a job at Bridgeport PD. He has been in Bridgeport now for 4 yrs! The program works and I am thankful to you for being there for all our prospective police officers and guards – we sure do need and appreciate them in this most difficult time in our nation. -Darlene

Thanks for a great class!

Lou, you were not kidding when you said there were tons of jobs out there for security positions. I took your course on Saturday the 1st of September, applied for my guard card on the 4th and was installed in a security position by the 6th of September. [Arrow Security] That has to be some kind of record! Thank you for your guidance.

Thank you, Lou, for your class it was great and a lot of great info. Just want to let you know that I am working for Dunbar now.

I just wanted to Thank you again for your class today. I am grateful you were able to teach us so much information in such a small amount of time. It was extremely helpful and informative and after today I feel a lot more confident and eager to get started in this field. I feel this could be a very good start for me.

I learned a lot and you gave some great tips and information. I was contemplating pursing a MBA in the near future so that was a divine confirmation. Thank you. I will definitively be contacting you about the package ($400). I started the Fema courses, that bonus was worth double the course alone! God Bless.

Thank you for today. I appreciate the knowledge and your time. I look forward to taking more classes with you in the very near future!

I wanted to extend my thank you today for an awesome, well – taught and very thorough class today!

The Guard card class was done very professionally with such simplicity in the lectures and overall teaching. I thank God I took the Class with you today {10-25-2017}, The things taught will be beneficial both on and off the job as well, Patience is the Virtue which was Emphasised over and over today which yields the Best Results for most situations, God Bless

You ran an excellent class today and just wanted to thank you again for making it so interesting and fun. I remember taking the security guard class and it was 8 hrs of just not wanting to be there. You made it worth the drive from Westport. I will definitely take more classes with you and spread the word. You’ve got a wonderful natural teaching talent and no class is ever the same.

BREAKING NEWS: YOU CAN NOW BEGIN WORKING IN CT AS SOON AS YOU APPLY FOR YOUR LICENSE

See our new pricing for the HeartSaver Card Certification